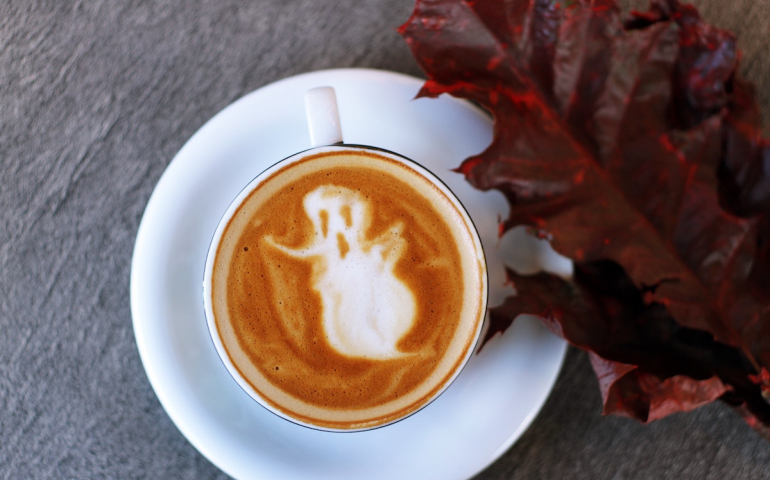 Summer is officially nearing the end and we are saying goodbye to warm weather, pool days, and the “no shoes, no shirt, no problem” mantra. Fall is creeping up around the corner and Bethany, OK has already experienced some unexpected chilly weather to kick off the unpacking of hoodies and emergence of seasonal lattes. We have a couple of weeks left in September until October is in full effect which can only mean one thing: The Spooky Season.

It’s safe to say that Halloween is a fan favorite; something about pumpkin carving, costumes, horror movies, and sugar rushes from all the candy speaks to a lot of people. Although COVID-19 might change costume party plans and make us reinvent the tradition of trick or treating, the frights and festivities can still be accomplished with the help of a Spooky Season Guide to help you get in the spirit.

I spoke with fellow SNU student and Halloween enthusiast Kennedy Gillette on some of her favorite and most recommended things to do to make the most out of the season. She mentioned that “watching scary movies, Halloween classics, pumpkin carving, trips to haunted houses and enjoying the Fall weather are probably the top on my extensive list of activities during the season.” Apart from Halloween, Kennedy added that she enjoys making fall-inspired treats as well as being outside as much as she can. “Sweater weather is something I look forward to every year”, she noted.

SNU Senior, Pierson Bell had some similar seasonal guidance, saying that exploring haunted houses and abandoned buildings in OKC with a group of friends is something he enjoys during that time of year. He mentioned how fun it was to “get spooked together.” Just like Kennedy, Pierson also recommended watching horror movies to get into the spooky spirit, saying that his favorites are probably “the Insidious movies, the Conjuring movies, and the Purge movies.”

These are just a few student-approved activities that will definitely put you in the Fall mood. Of course, spiced lattes and the changing colors of the leaves will do the trick, but Fall is nothing without watching nostalgic Halloween movies and going to a local haunted house in honor of spooky season. You also can’t forget the pumpkin bread; that is a must!

We have a few weeks to prepare for the chilly nights and the never-ending talk about pumpkin spice this and that. For now, students can slowly start packing up their tank tops and bringing out their favorite knit sweaters because Fall is officially on its way to Oklahoma. Hopefully, after reading this, you will have a better idea of how you can get into this spooky spirit the right way!