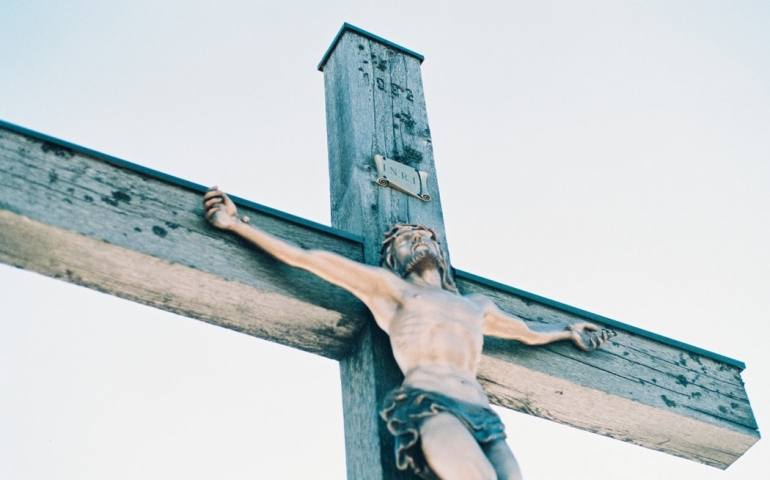 On February 14, the lives of the people attending Marjory Stoneman Douglas High School in Parkland, Florida were changed forever as 19-year-old Nicholas Cruz opened fire and killed 14 students and 3 staff members. This tragedy has become the platform on which people are advocating for and against gun rights, dividing the political sphere. While political stances are important, it is crucial for Christians to understand that we are to represent Christ before we represent a political party.

How we respond in a time of crisis matters. As Christians, it is not our job to fix things through divisive methods such as political stances; rather, we are called to heal brokenness through our presence and hospitality. As Dr. Blair Spindle, Campus Pastor at Southern Nazarene University (SNU), stated:

“Christians believe passionately that God, according to Psalm 147, ‘… heals the brokenhearted and binds up their wounds.’ They follow the teachings of Christ who proclaims, ‘Blessed are those who mourn, for they will be comforted.’ Our proper response to tragedies, like the shooting in Florida, is to live into the Incarnation in such a way that we do things that enable God’s healing, even if they seem small.”

Emilie Noah, senior psychology major at SNU, understands the Christian response to this shooting to be a posture of suffering, using the example of Jesus weeping at Lazarus’ funeral, saying, “Jesus does something almost greater than the miracle of raising Lazarus in this passage, where he fully identifies with people in the midst of suffering. I think for me, that is the Christian response: to pause and realize that suffering is not something that we can gloss over with a political stance…”

Dr. Spindle commented on this difficult tension, saying, “… if by hospitality we mean, ‘loving our enemies, and praying for those who persecute us’ or if it means ‘forgiving others so that we too may be forgiven,’ then I think we should understand this as a Christian imperative. It’s perhaps one of the most difficult teachings of Jesus, but it must be our posture.” The posture of forgiveness shapes others as well as ourselves, as Dr. Spindle articulates.

Noah emphasized the importance of empathy, saying, “I think if you outgroup one or the other, you dismiss the suffering that both parties have experienced. A shooter who commits suicide leaves behind people in pain as much as the pain that they inflicted on others– both people are grieving. There is this real understanding that something is broken, something that cannot be fixed, something that is going to have a significant impact upon people for the rest of their lives.”

As we live our everyday lives and experience moments of great suffering in our communities and in our lives, it is important to take a posture of hospitality, understanding that suffering is a way in which we can practice forgiveness and empathy. Addressing the pain that comes along with a horrific event such as the Florida shooting is a significant part of the Christian response to crisis; we must be willing to walk alongside others in their path of suffering.