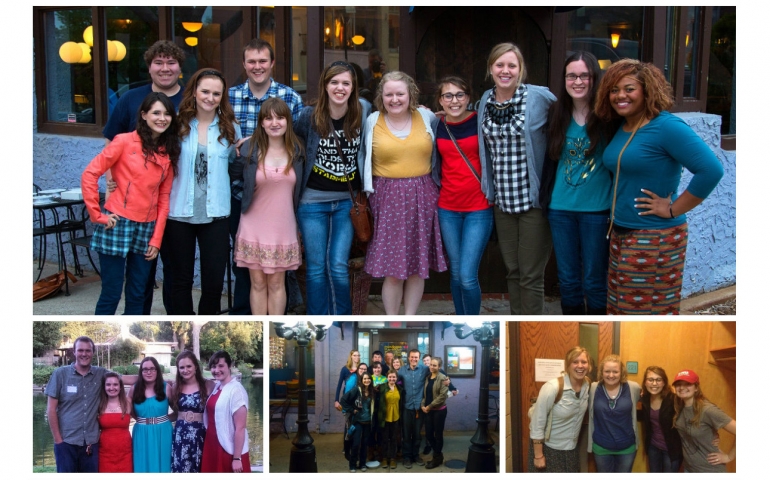 Members of SNU’s newspaper staff gave up their Good Friday off to attend development workshops and received numerous awards for their work in 2014 at the Oklahoma Collegiate Media Association’s annual conference at Oklahoma State University on Friday, April 3rd.

The Echo was successful in the awards competitions for division 1A. The Echo won best overall online newspaper. Ronna Fisher, 2014 graduate, was Editor-in-Chief for Spring 2014 and Grace Williams, senior Sociology major, was Editor-in-Chief for Fall 2014. Fisher also won second place in General News Writing for her piece, “SNU Students Spend Their Christmas Serving Others”.

Williams said, “The workshops are always so inspiring and motivate me to strive for excellence. I also love seeing our staff’s hard work pay off in the form of awards that can go on resumes.”

Students also attended workshops related to media and then a keynote speech by Adam Tanner, a Harvard researcher who studies data collection. He wrote What Stays In Vegas: The World of Personal Data—Lifeblood of Big Business—and the End of Privacy as We Know It.

“What I enjoy about going to this conference are the interesting sessions; I learned something new in each of them. And, it’s great to see our writers get recognized for their work,” said Calfy, who is currently the Content Editor for The Echo and one of the students who attended the conference this year.