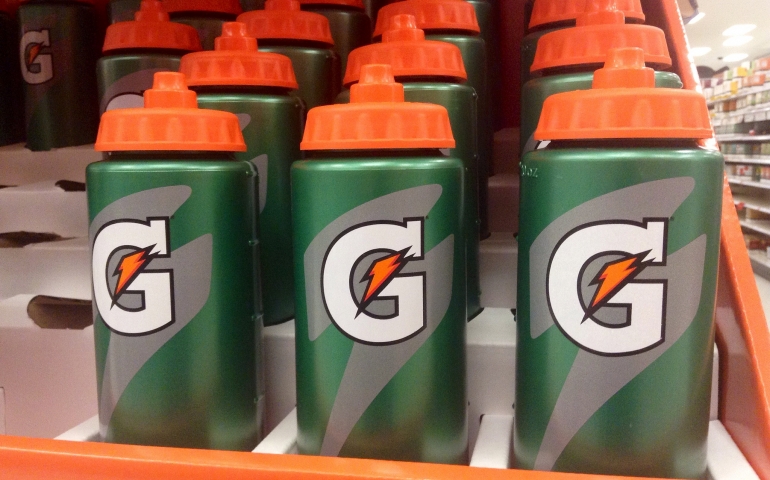 In 2015, Disney and Pixar released a wonderful film simply known as “Inside Out.” This charming movie went inside a human mind to see the five main emotions. If someone has ever played any organized sport, they know very well that those emotions run rampant through any sport.

Anger appears when something does not go the way you want it to or a bad call comes from an official. Fear arises when a close game comes down to the climax. Disgust comes around when you just see your rival on the other side of the the court or field. Sadness comes after a loss or end of a season.

Finally, there is the best emotion: joy. Many athletes have many different ways of expressing joy. Football players have their special dances after touchdowns, sacks or big plays in general. Basketball players throw up hand signals after three pointers or after dunks, as well as flex or yell in triumph. Baseball players smash whipped cream on pitchers’ faces. Even fans have a certain amazing celebratory expression by storming the field.

However, there is one celebration that spans many sports and it involves the most famous sports drink of all time. It is the Gatorade shower, which is usually performed on a coach or player of the game or series. It is simply done by sneaking up on the victim and dumping the cooler of Gatorade on them. It is the bow on top of a present that is usually championship season.

This unusual ritual has an interesting history. According to ESPN, the first Gatorade shower happened in 1985. The coach was Bill Parcells, the player was Jim Burt and the team was the New York Giants. Leading up to a big game against the Washington Redskins, Parcells angered Burt trying to motivate him. After the Giants won the game, Burt doused him in Gatorade. The showers turned into a regular event as Parcells was known to be “very superstitious.” The Giants showered Parcells after every fourteen wins of the 1986 season as well as the playoffs and Super Bowl XXI. Ever since then, the shower has become synonymous with winning.

The Gatorade shower has become a great tradition since that New York Giants team. In fact, it is no longer just something that we do. It is a woven strand in the huge quilt known as sports, and will forever be a part of winning and celebrating.