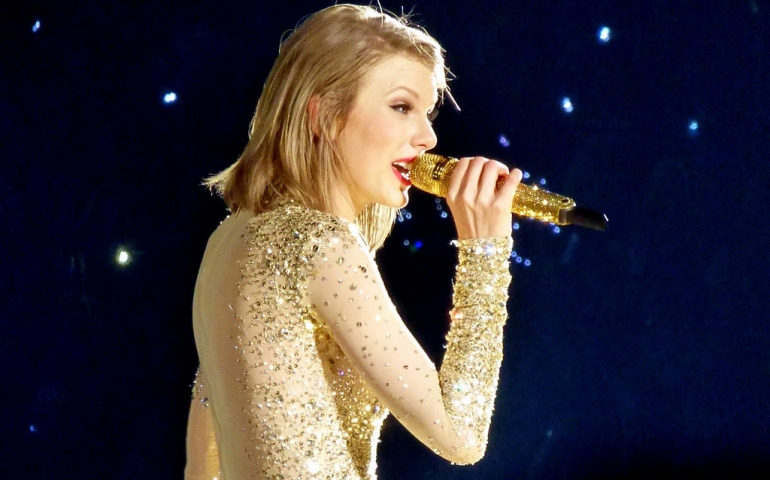 Taylor Swift once painted the picture of the guy she was not going to miss with a line in her number one hit, We Are Never Getting Back Together. “You would hide away and find your peace of mind with some indie record that’s much cooler than mine.” Eight years later, she has made that indie record. Like all of us, Swift had to spend her summer in quarantine and isolation. But instead of binging Netflix or picking up a new hobby, she spent the season creating an invigorating folk album.

Swift’s latest and eighth album, Folklore, was written and produced largely with Aaron Dessner, the lead guitarist of the National. Together, they created an album that sticks out in Swift’s discography. This album is nothing like her others. There are no country undertones and no synth-pop breakup anthems.

Also, she is not the main protagonist of the music. The album is packed with fictional stories and features a slew of characters from an unseemly widow to a regretful teenage boy. Some of the most prominent characters are those Swift used to depict a classic love triangle. In August, Cardigan and Betty, the same story is seen from the different perspectives of three teenage characters, showcasing Swift’s biggest storytelling strengths.

The sound of this album transcends that of her previous works. It is riddled with gloomy guitars and light pianos, which complement and display her voice. The composition sets a mood that carries the listener to another place – a distraction everyone needs right now. The lyrics are the strongest to ever come from Swift. The fictional stories throughout the album are more than interesting, and the small number of songs that are about the singer herself are beautiful and brutally honest.

Folklore can easily be described as Swift’s most sophisticated work yet. The subject matter goes beyond love affairs and explores topics she has never covered before. Once again showing that she can change and grow as a musician and writer. Regardless, her outstanding writing and composition on this album are not what makes it her most elaborate. Rather, it is the way she has shown she has nothing to prove. No tracks are seen with radio hit formulas or tour-friendly sounds. Instead, Swift seems to set her usual desire for worldwide approval aside, and just let the music speak for itself.