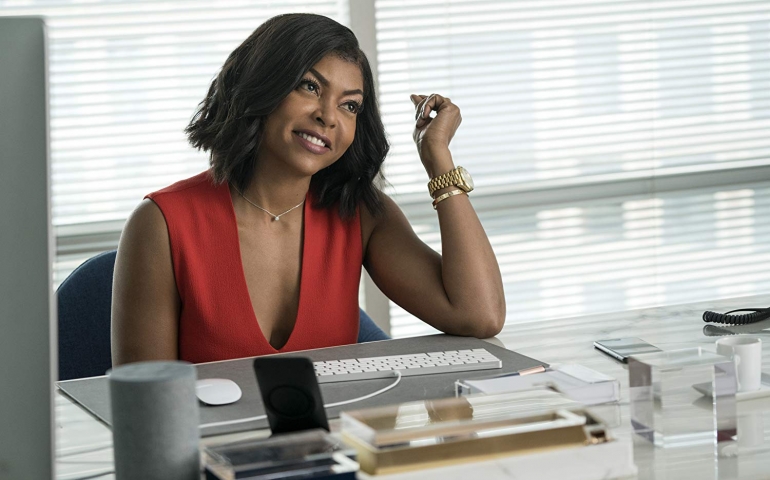 What Men Want is a romantic comedy starring Taraji Henson who plays Ali Davis, a female agent in a sports agency where she is the only woman working there and feels isolated. Ali fights every day to keep her place in her male-dominated workspace, but no matter how well she does she still feels unwelcome and blames it on her job being run by men, saying that it’s a “boys club.”

At a party, Ali speaks with a psychic who gives her some tea and later that night, she falls and hits her head. The next morning, she wakes up being able to hear men’s thoughts. She then uses her new-found ability to try to get into the “boys club” that is her job, finding love along the way.

This movie has its moments where it truly is funny; however, this movie is long and dull. The plot of the movie has very little to actually hook you in, and there is nothing to keep the audience invested in the movie. The acting is solid, but acting can only bring a movie to a certain level when the plot and cinematography fall short. There is a specific scene where the green screen used to place the view from Ali’s office can be seen in her assistant’s glasses. There is nothing in the cinematography that made it stand out in comparison to other romantic comedies.

One good aspect of this movie is the character development. Ali’s development is the best developed, and the movie does well with its characters in introducing them and developing them. Will’s character, the love interest, does not develop much, but his character is introduced well: he is a single dad working as a bartender to provide for his kid as best as he can.

This movie did not do well in the critic’s eyes either. Its Rotten Tomato score is 45 with an average score of 5.2 out of 10. As funny as this movie is at certain moments, the comedy is scattered and inconsistent. What Men Want doesn’t hold a light to other recent movies in its genre such as Crazy Rich Asians or Love Simon.

What Men Want has its moments, but in the end, this movie falls short. It not only has a hard time captivating its audience, but it pales in comparison to other movies in its genre. If a romantic comedy is what you’re looking for, you might like it, but there are plenty of other movies worth watching.