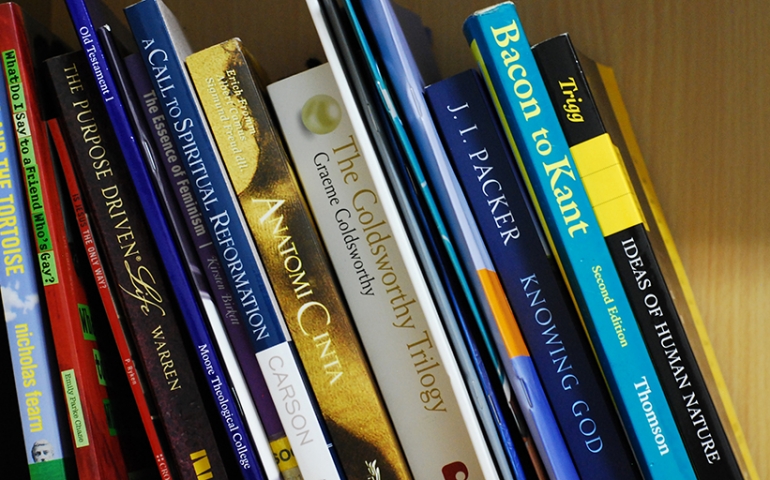 I recently asked some SNUdents to recommend some books to their fellow peers. The criteria for the chosen book could be one that has changed their perspective, one they have read a bazillion times, one they read for class, one that left a lasting impact on their life, one that inspires them and/or one they think the audience of the Echo should read. These were their responses (in alphabetical order):

“This book is very tough and very ugly. At the same time, it is one of the most fantastic pieces of art I have been able to touch. It is the story of human survival in slavery and its psychological impact on life.” -Jana Seymour, Junior

“Daring Greatly is about learning what it means to show up and be vulnerable with our lives. It talks a lot about how one of the key aspects of living a full life is being vulnerable and choosing to truly be seen by others. It’s a great book for anyone wanting to know how to deal with shame, and how to work towards being real with their own self and with other people.” -Jake Willard, Senior

“It’s just really great sci-fi, if you’re into those, it’s pretty exciting and way better than the movie (bet you’ve never heard that before). But I really like it, I wrote about 4 papers on it over the course of high school instead of just reading a new book. So it’s just riddled with good ol’ fashion literary themes and elements, that’s a good thing. Read it.” -Joseph Stroud, Senior

Flowers for Algernon by Daniel Keyes

“This book is about a man named Charlie who is a mentally ill adult. Daniel Keyes was a teacher at a school for adults who suffered from mental illness, and he noticed how society mistreats and chooses to forget about these people. It’s a beautiful narrative written as a series of journal entries from Charlie depicting all of his triumphs and failures. The climax of the story is heartbreaking and beautiful at the same time.” -Dianne Wade, Senior

“Flowers for Algernon is a series of progress reports that walks you through Charlie’s pre and post surgery life. Going alongside him in his journey is so vulnerable and intimate that it brings you to love and empathize Charlie. This book is one of my favorites because it is brilliantly written, and it engages your heart and your mind.” -Kaitlyn Metcalfe, Sophomore

“John Adams is a comprehensive biography of our second president, John Adams. McCullough presents our lesser-known president’s fascinating life from beginning to end. Despite it being a non-fiction, it reads like a story, and I couldn’t put the book down. McCullough really drew me into Adam’s history. I recommend this book because of how it gives a spectacular look at our government’s early days–I think even those who don’t necessarily like history will enjoy it!” -Kaylin Cummings, Junior

Nothing to Prove: Why We Can Stop Trying So Hard by Jennie Allen

“This book genuinely changed my life for the better. I went through almost a year of what felt like a spiritual drought, and did not know how to get out of it. I tried so hard to fix myself, while making sure others never knew anything was wrong. This book freed me of performing for others and taught me how to be vulnerable. I have also been able to work through fears that have been engrained in my mind for years. Re-learning how gracious our God is has been more than refreshing by reading this book. I would highly suggest it!” -Brittany Toone, Senior

“I was told that I should read this book (and I am not much of a reader). Within the first chapter, I couldn’t put it down! The book was pulling at my heartstrings, as I was crying on one page and laughing on the next. If you want a book that will reveal to you a new perspective of God’s redeeming and unconditional love, I HIGHLY recommend this book!! It is one that you will read over and over!” -Catie Crosley, Junior

Surprised by Hope by N.T. Wright

“This book is about Heaven, Salvation, and the hope of the Christian faith. N.T. Wright corrects false notions of salvation and shows how they impact the mission of the church. While it is a little academic, it has been very impactful in how I see my role as a Christian in this world.” -Nathan Jenkins, Senior

The Age of Turbulence: Adventures in the New World by Alan Greenspan

“The Chair of the Federal Reserve is the most powerful non-elected government official in the United States. Alan Greenspan was the Federal Reserve Chair from 1987 to 2007. The book explores, through his own narrative, the economic factors that have led to the world we currently live in.” -Kyler Ross, Junior

The Crucible of Life: The Role of Experience in John Wesley’s Theological Method by Timothy Crutcher

“The Center recognizes the need for conducting research that combines insights from the history of evangelical renewal and revival movements with anthropological and religious studies literature on revitalization movements. Crutcher’s study of John Wesley’s understanding of experience provides a comprehensive survey of Wesley’s use of experience for doing theology and takes that discussion to new depths and clarity, and in so doing, he serves to advance the concern for revitalization within Christianity that cannot be meaningfully articulated without attention to this foundational issue.” -Bernard Castaneda, Freshman

The Dog Who Spoke with Gods by Diane Jessup

“As a high schooler, I read this book because I was tired of scanning the shelves and seeing the same type of book cover and fonts. I came across this book and the title was so intriguing I had to give it a try. The story is very unique and definitely a tearjerker for me back then.” -Ashley Grubert, Senior

Note: Some entries have been edited for clarity and length.