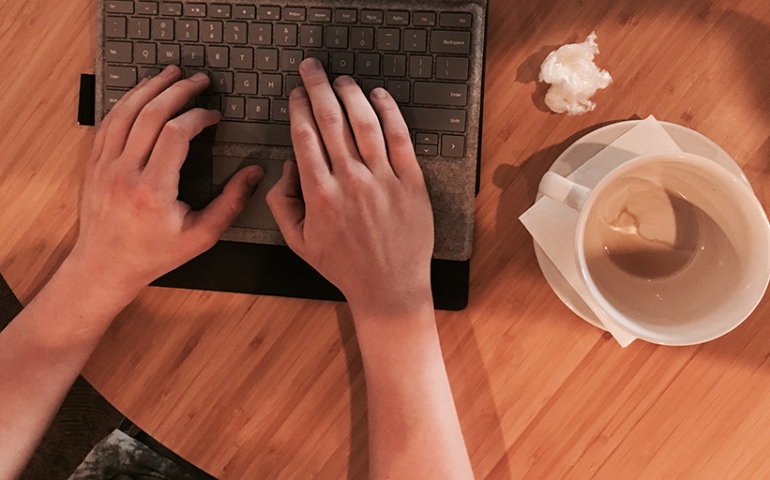 Urban Dictionary, the great purveyor of common man’s language, defines Senioritis as, “noun. A crippling disease that strikes college students with a strong sense of being over school and is characterized by a fixation on graduation as well as a dismissive attitude.”

As a second semester junior here at Southern Nazarene University, I have begun to worry how senioritis will affect me, my academic performance and general attitude towards life.

I can already sense some early onset symptoms of lack of enthusiasm in work and towards certain school events. In order to combat my worries, I decided to interview a couple of SNU’s seniors and ask them how they cope with senioritis.

I asked her how she gets through her senioritis and Gerbrecht said, “what keeps me going is knowing that I will have a stable career and be able to support myself after college, but also just knowing that the Lord is the one who set me on this path in the first place, and I want to honor Him by completing my courses to the best of my abilities.”

When asked whether or not she felt she might be overplaying the effects of senioritis, Gerbrecht replied, “I think my feelings are fairly justified. Nursing school is hard, and I think that’s the consensus you hear not only from this school, but other schools as well.”

“I totally think it’s a real thing,” stated Jones, “it’s a time where you are bombarded with presentations and projects, and you’re tired of do them because you have been doing them for so long now.”

Jones went on to discuss how he believed what really brings on senioritis is the routine of college. The process of repetition is what often leads to the apathy for seniors towards many of their projects.

“There are just so many semesters of the same old song and dance, and it becomes mundane and you eventually get bored of it.”

When asked how to combat senioritis, Jones said, “I think the worst thing you can do is count it down… don’t have a countdown clock or anything like that. It will just make things feel longer.”

In the end, yes, all students will most likely deal with some level of senioritis but perspective plays a major role in how great or not senior year is. Bare down and remember why we are here and focus on the moment. Hopefully, by doing this, we can all make it through the apathetic grips of senior year.