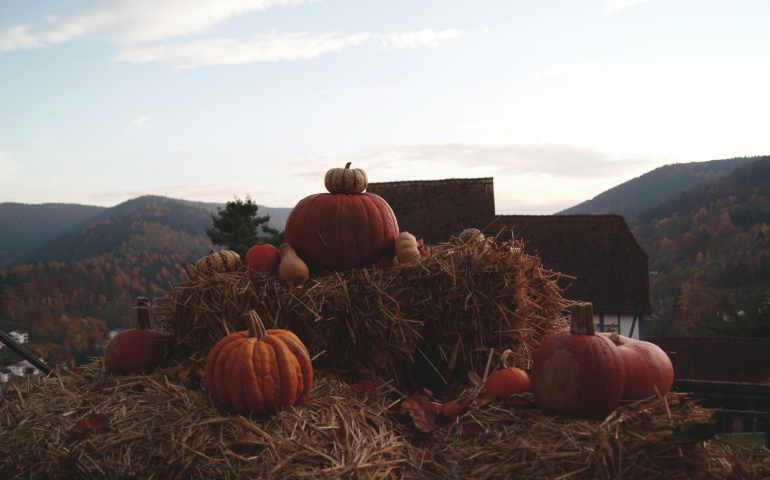 Skeletons, clowns, zombies, superheroes, trick-or-treaters, and a whole bunch of candy are on their way as Halloween is rapidly approaching. Halloween brings lots of joy and fellowship, as many get their scare on in preparation for the holiday. Be it drive-in movies, haunted houses, or pumpkin carving with your friends, there are plenty of things to do around OKC fun enough to make a jack-o-lantern smile.

If you are willing to walk around a dark building and have people try to scare you, haunted houses may be your thing. There are numerous haunted houses in OKC that are affordable and fun to go to. One great attraction is Guthrie Haunts, where you take a stroll through the upside-down and try to escape the grasp of infamous horror villains. Another great option is Frontier City’s “Fright Fest,” where you can stroll through one of the best Halloween-themed amusement parks in the country getting your scream on.

If you’re not a fan of getting chased by Leatherface through a cornfield, then perhaps you’d rather watch the original Texas Chainsaw Massacre at a drive-in theater. Drive-in movie theaters are a great experience on a pleasant autumn evening, watching a movie with your family and friends. Of all the places around OKC to visit, I personally enjoyed the Winchester Drive-In the most. It was a blast, and really immersive, to sit under the stars while watching something scary. It is an inexpensive way to enjoy a movie, while also eating some delicious candy and popcorn and hanging out with the people you love.

Halloween is also the time of year when you get to show off your dress-up skills with a costume. Now I know it’s not the same to dress up without going trick-or-treating, however, a costume party may be just as a fun an idea.t. Southern Nazarene University senior Logan Graham said that this is one thing he and his friends do every year during the Halloween season.

“What we do is we pick a movie to watch and all decide a character to dress up as. The person who did it the best gets a prize of some kind,” said Graham. “It is a fun way to see how creative we can all be, as well as laugh about it while we are watching the movie.”

Now some people may not be interested in getting scared, whether that be while watching movies or in a haunted house. But you could still pop in a Harry Potter movie and carve some pumpkins. There are plenty of ways to have a delightfully spooky Halloween season for everyone. From the lazy-bones to the pumpkin-carvers, Happy Halloween everyone!

Photo by Sally K on Unsplash