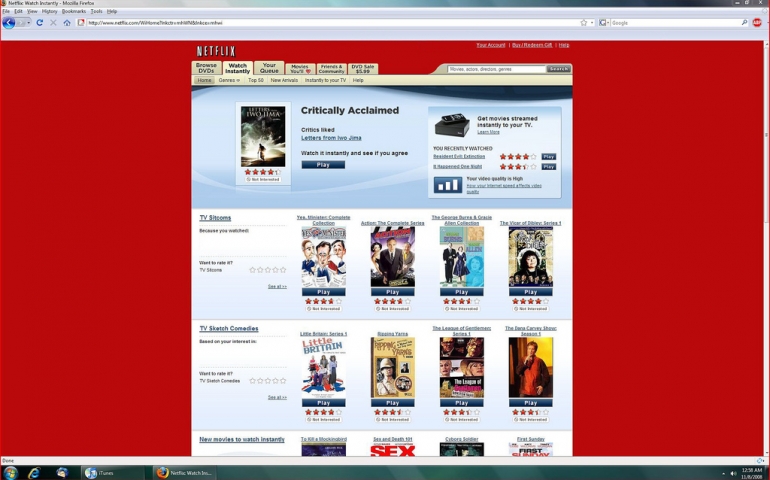 Netflix is the greatest accomplishment of the 21st century (at least according to most college students). But when the site is most known for the fact that you spend more time searching then you do actually watching TV shows or movies, there’s no doubt you might need some suggestion on what to watch. So without further ado here are the best things to watch on Netflix (by category).

If you are like me, you grew up watching Cartoon Network. Did you know that recently Netflix has added many Cartoon Network classics to their roster? That’s right, shows such as Ed, Edd, N Eddy, Johnny Bravo, Dexter’s Laboratory, Foster’s Home for Imaginary Friends, The Power Puff Girls and many more are now available on demand! So get into your pajamas and prepare yourself for a night of nostalgia.

Looking for something to settle down with? Here are a few comedies to suit your movie mood: Zoolander, Anchorman 2, The Interview (rated R), Bruce Almighty and Without a Paddle.

Now calling any and all anime addicts. Aside from Crunchyroll.com, Netflix sports one of the best lists of anime online. If you’re in for a dark or suspenseful thrill ride, you might want to check out a few of the latest crazes to hit the anime world, such as Attack on Titan, Deathnote, Psycho-Pass and Sword Art Online. On the brighter side of the spectrum there are shows like Ouran High School Host Club, The Devil is a Part-Timer and Fairy Tail.
To appeal to your younger side, boot up an old episode of Pokemon, Yu-Gi-Oh, or Digimon.

In it for the long haul? Netflix has got you covered with a wide variety of well-liked television series past and present. Some of them make your sides hurt laughing, while others may very well make you puke from disgust.

For good-humored grins and giggles, make sure you look up 30 rock, Parks and Recreation, Portlandia, The Office, Saved by the Bell, Malcolm in the Middle or Wilfred (TV-MA Rating).

Those with subpar stomachs should probably shy away from this next list as it contains a collective rating of TV-MA. But if you err on the side of horror, dig in to Supernatural, The Walking Dead, American Horror Story, Lost, Bates Motel and Salem.

Whatever you’re in the mood for, Netflix has the goods for a date night or a lonesome liaison until 3AM–just don’t let your prof know that Netflix is the reason your assignment was late. Have fun and happy watching!