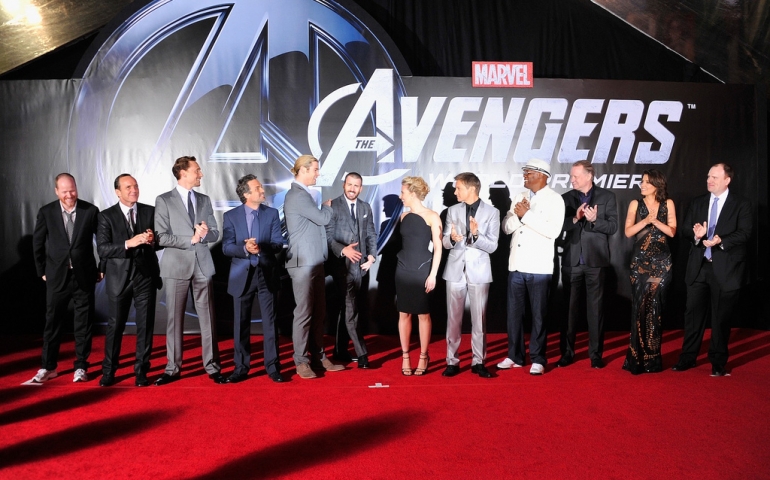 The superhero genre in the past decade has dominated nearly every revenue source coming out of Hollywood. Almost everywhere one goes he/she is sure to see either a poster, shirt, phone case or hat with a Batman, Superman, Captain America or Avengers symbol on it. So, how did this explosion of tight-wearing heroes start? Well, one must first take a look at some history.

Superman, created by Joe Shuster and Jerry Siegel, was the first superhero to come on to the scene in 1938 on the cover of Action Comics #1, and not long after that Bob Kane brought his creation, Batman, to the forefront. Soon after, wave upon wave of new heroes came pouring in. Most of them were fun and silly. If not for one man, the superhero movement would have died long ago.

Enter Stan Lee, the owner of Marvel Comics and the creator of The Avengers, Fantastic Four and X-Men just to name a few. He believed that superheroes should be identifiable to normal people instead of being gods that we could never be. When Lee killed off Spider-Man’s main love interest, Gwen Stacy, in 1973, it set off a chain reaction in comics. Comic stories thereafter became more adult and dark.

These dark stories were first adapted to the screen in 1978 when Richard Donner brought Superman: The Movie to theaters. While still an overall fun movie, it addressed certain issues such as being an outcast in society, what it means to have powers and home versus heritage. Ironically, Superman would also bring about a recession in super films with Superman III and Superman IV: The Quest for Peace. It was not until 1989 when Tim Burton made his film, Batman, that super films would be taken seriously again. Then history repeated itself when he made Batman Forever and Batman and Robin. Only this time, it seemed the hit to the genre was too great. Less than stellar films like Hulk, Catwoman and Spawn soon followed.

A breakthrough occurred in 2005, however, when Christopher Nolan brought his dark and gritty Batman reboot to the screen with Batman Begins. Not long after, Kevin Feige, the president of Marvel Studios, brought forth a bold new project. In 2008 with the release of Iron Man, Marvel established the Marvel Cinematic Universe or MCU. This would bring different stories from Marvel characters together in one place. Making its crescendo with 2012’s Marvel’s The Avengers and still going strong, the MCU is one of the highest grossing series in film history. DC Comics is also trying to combine their characters into their own cinematic universe starting with the polarizing Man of Steel and continuing with Batman v. Superman: Dawn of Justice in 2016.

Television is also being taken over by spandex wearing heroes. While Marvel is currently leading in the theaters, while DC is pulling away on TV. The CW channel is now famous for airing DC properties like Arrow, The Flash and Legends of Tomorrow. Much like how the MCU changed cinema, the DC Television Universe is revolutionizing TV. Following the trend of other dramas on television like Game of Thrones, great television does not come from special effects. It comes from engaging stories and deep characters.

Some are concerned that the superhero genre as a whole might suffer a hit worse than the Schumacher Batman films. One of these skeptics is legendary filmmaker Steven Spielberg. In an interview with Hollywood Reporter on his film Jurassic World, Spielberg predicted an “implosion” of the movie industry. He said that Hollywood’s over-reliance on big-budget summer blockbusters would doom the industry, and in the center of it would be the superheroes we know and love.

“We were around when the Western died and there will be a time when the superhero movie goes the way of the Western,” said Spielberg.

While Spielberg is right that one day the superhero may “die,” the time in which that happens is up for debate. The bottom line is that at this point superheroes are a part of our culture. Internet celebrity Doug Walker, mostly known for his character the “Nostalgia Critic”, went so far as to say that “superheroes are to us as the Greek myths of old.” So, stand up with pride and say “Up, up, and away!”